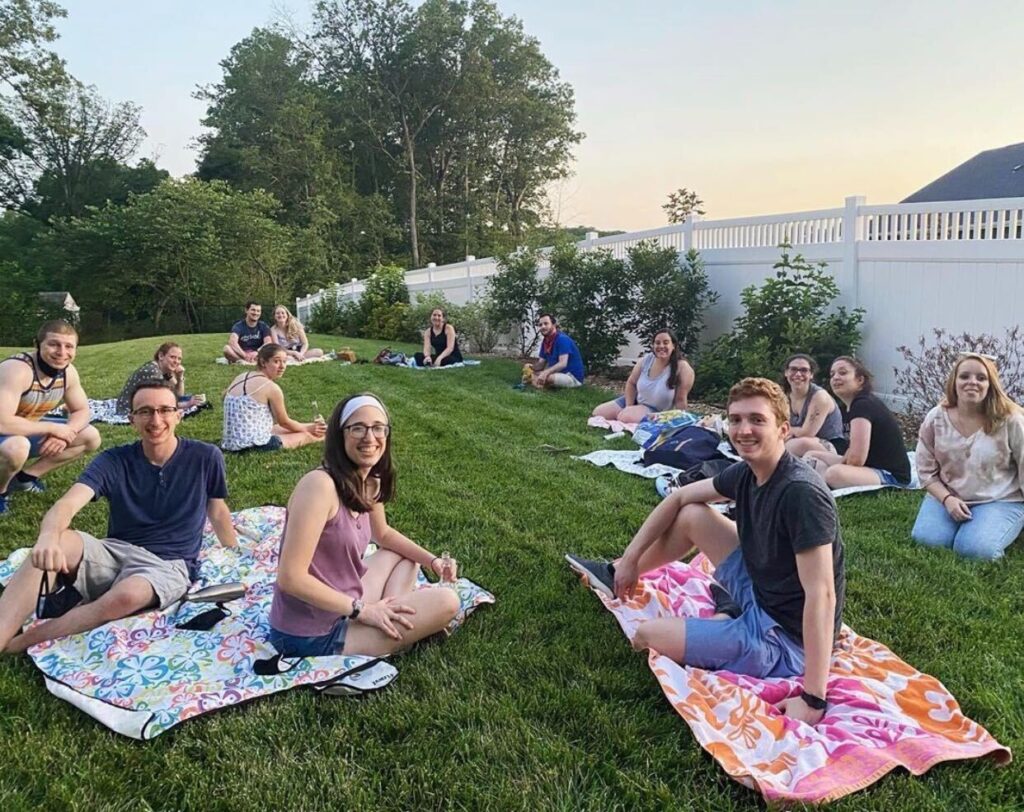 How We Are Preparing for Moishe House’s Future

Moishe House is all about Inspiring Jewish Homes for young adults in their 20s. Being in the young adult housemate business, we are naturally experienced with turnover and change. Change is part of the Moishe House equation and it is what makes our structure unique. It also is what makes us want to understand our near-term and our long-term future, perhaps more than most organizations.

How then do we prepare for a post pandemic, highly uncertain, and possibly socially phobic world? This is no small challenge for an organization whose nearly 70,000 young Jewish adults connect with each other by socializing, eating, volunteering, and learning together.

During a July scenario planning exercise at Moishe House, ten of us, residents and former residents, staff, and selected board members, faced our uncertainties head on.

We challenged ourselves to see if we could hedge our bets and plan for what it means to be social for young Jewish adults in their 20s in the coming five or ten years? What will our houses look like in 2025? 2030? Will social norms and living habits radically change? How can or should people connect and find community?

“What happened to all those loud Saturday night parties in Boston, Brooklyn, Chicago, Philadelphia, and Berkeley?” began the faux CNN article, published in the year 2025.

The article continued: “According to a recently published PEW Research Center report, many in this Gen Z generation no longer flock to large college towns. Some have skipped the traditional college route altogether. It turns out, according to the study, most remain close to their hometowns and have dialed down the larger social gathering habits of previous generations.”

In sharp contrast, we fashioned an upbeat report that appeared in a fictional 2030 edition of The Forward. It declared,

“How the university world has changed for Jewish college and post-college students in the past ten years. It seems that both universities and technology have quietly tamed the political forces that polarized so much of America and marginalized Jewish students in the early part of the decade.

“For post-college adults who have emerged from the second Great Recession of the early 2020s, they proudly display their identity, their religion, and their politics. And, thanks to tech can find and create meaningful friendships with like-minded friends from across the country – and even the globe – who share their views.”

Each of these future news reports provoked intense discussion. What we did learn is that by thinking about uncertainty and tackling its implications we can begin to see our options much more clearly.

As conversations revolved around critical issues of funding and social change, a number of new “truths” revealed themselves.

The college scene may not remain centered around the big, prestige schools. The funder and funding picture will likely shift. How we socialize and where we socialize will change. We do not know whether it is because of the aftermath of the pandemic or the effects of the economy. Perhaps, it will be because of a polarizing political climate, or tech’s increasing sophistication, or some combination of all these factors.

We never really expected to predict the future in this exercise. That was not the purpose. Our goal was simply to examine the many possibilities, the potential direction our world could take given the uncertainties we described. By doing so, we exposed our real options going forward.

So, after all the discussion, all the debate, we set aside the various stories, both optimistic and dire. We asked ourselves what were the few actions we must take not matter how the social or economic landscape evolved?

When we compared our answers to each of the stories, we indeed did uncover a handful of these actions that made sense if our world remains economically depressed and socially isolating or even if our future includes a more robust marketplace where everyone is once again socially and geographically mobile.

We realized that we need more houses, not fewer. Whether for political, social, or for economic reasons, our target Moishe House audience may not always remain in big cities and more mid sized cities may emerge with growing young adult Jewish populations.

As clunky as our Zoom technology may be today, it has opened the door into new ways or learning and access to knowledge, tying people together across the ether, across the world. We need to tap into this, dive deeper. Our houses may not become virtual, but they must participate in this virtual community.

Identity groups will continue to go beyond just age and post-college cohorts. There are in fact so many ways our Houses and activities can draw together these young adults than we are tapping into today. There are Jews of color, Jews who love media, Jews who want to learn Torah and about their religion, and so on. We realized the identity menu for Moishe Houses has just grown exponentially, and so must we.

These are just a few of the strategic imperatives, the must-dos, we spotted during our exercise.

Change is a good thing and wired into the Moishe House equation. Our future world – whatever it will look like – will not be business as usual. We look forward to it.

David Cygielman is the founder and CEO of Moishe House.

Leonard Fuld is founder of The Intelligent Nonprofit and author of four books. From rocket companies to Jewish nonprofits, Mr. Fuld has successfully applied these strategy gaming techniques over the past four decades. He has appeared in the Harvard Business Review, BusinessWeek, The Wall Street Journal, CNN and NBC.